Families Flee for Safety in Congo

Conflict in Congo has led many families to flee their communities, says Safari Munyakazi, president of the Community of Free Baptist Churches in Congo. 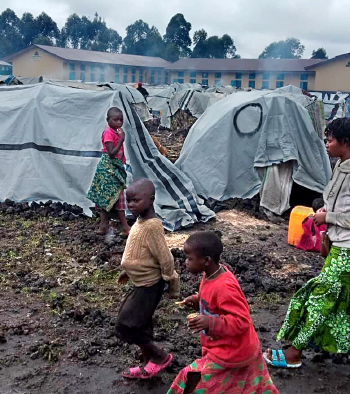 Over the past few days, conflict in Congo has led many families to flee their communities, says Safari Munyakazi, president of the Community of Free Baptist Churches in Congo. Some of those families are members of his own association of churches.

Those who left their homes are now living in camps for displaced people, in schools, or with host families, “strangers who share their shelter and their food,” Safari says.

“Nothing is more terrible than seeing these columns of men, women, and children, laden with mattresses and others empty hands because they had no way of taking their belongings,” Safari says.

These people are “usually full of life,” Safari says, but “this tragedy has made [them] silent.” All are physically and mentally exhausted.

“Pray for them and the entire Community of Free Baptist Churches in the Congo so that we can find the financial and material means to help them,” Safari says.