Three Stages of Persecution in China

Dr. Christian Wei of Christian Way Missions urges believers around the world to pray for Christians in China. 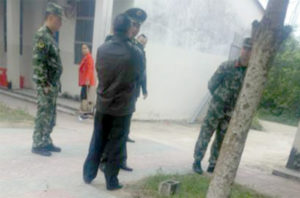 Next post Hindals Meet with Partnering Association from Kenya

Hunger around the World Is Getting Worse

An association of churches in Ghana thanks Regular Baptist International for its assistance in a COVID-19 pandemic relief ...more

COVID-19 and the prohibition against meeting in groups haven’t stopped women using RBP Women’s Bible Studies from using the internet to study God’s Word together. ...more

In the midst of severe flooding in Michigan, water filled the parking lots of Calvary Baptist Church but stopped short of reaching the church ...more