Believers Welcome the Hindals to Tanzania

On the next leg of their three-week trip through East Africa, Chris and Deb Hindal stopped in Tanzania. 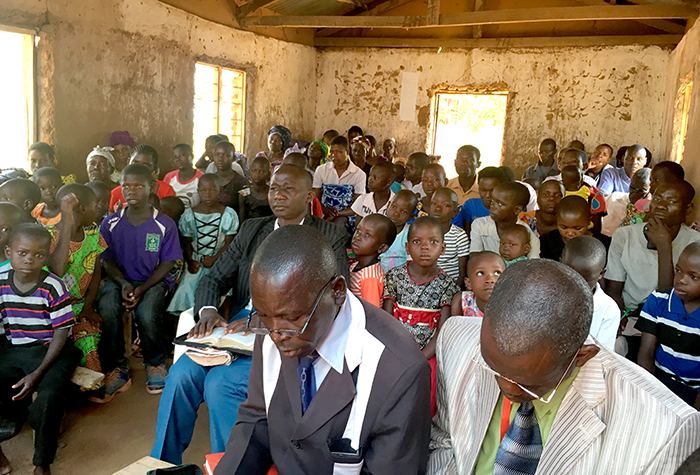 Chris and Deb Hindal arrived in Tanzania on Oct. 5. This location is one of several on the couple’s three-week trip through East Africa to meet with partnering associations in East Africa. Chris, director of Regular Baptist International, and his wife, Deb, previously stopped in Nairobi, Kenya, Sept. 23; Bungoma, Kenya, Sept. 25; Uganda Sept. 28; and Rwanda.

Leaving Gisenyi, Rwanda, at 3:30 a.m. on Thursday Oct. 4, the Hindals rode with Pastor Emmanuel and Pastor Pascal of Rwanda on the three-hour drive to the Kigali International Airport. The flight to Tanzania made two stops: Nairobi, Kenya; then Kisumu, Kenya, where the Hindals spent the night.

On Friday morning, Oct. 5, a pastor named Jonathan Abongo drove the Hindals to the Tanzania border five hours away. Upon arriving in Tanzania, the Hindals met Pastor Joseph Naftali, president of Holy Baptist Independent Churches of Africa, a partnering association. But the couple would have to wait some more to enter the country, as immigration takes time and money. Visiting Tanzania requires verifying proper vaccinations and waiting about an hour to pay the $100 per person visa fee.

Once they met the immigration requirements, the Hindals boarded a hired van and rode two hours to Shirati, a small village in Tanzania with almost no services, except a nice three-story Owan hotel. In 2012, when the hotel was brand new, Chris and Deb Hindal stayed there. Now, though it shows signs of deferred maintenance, in Shirati the hotel is an oasis. 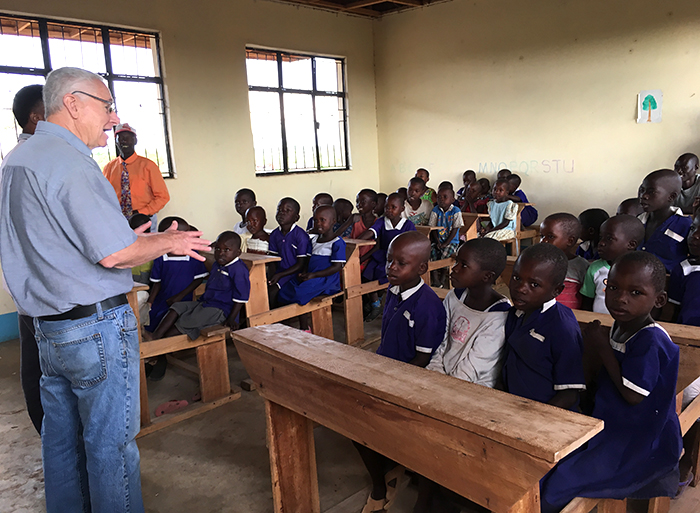 On Saturday, Oct. 6, the Hindals traveled from the Owan hotel to the compound of the Naftalis, literally bumping and rambling through the open fields, about 45 minutes away. The compound consists of several mud-brick buildings: a church, a ministry hut, and a few houses. But standing as a beacon of modernity is a two-room concrete school, complete with a beautiful roof and with wires installed for electricity. At this school 80 students attend kindergarten and first grade, taught by four Christian teachers. Donors from Regular Baptist Churches provided the funds to construct the building in 2015.

While visiting the compound, Chris spoke for five hours to a group of 15 pastors, 15 women, and 15 children on the theme “God Loves the Church.” That afternoon, Deb spoke to the ladies. Significantly, at the close of Deb’s session, one lady, with tears in her eyes, spoke of a rift between her and her husband’s other wife. Both women are Christians but have not spoken to each other for a year. She longed for reconciliation, and the other wife, also present, stood in repentance. Deb prayed a prayer of repentance and forgiveness as the three women kneeled together. Praise God for the power of the Word!

On Sunday morning, Oct. 7, the Hindals met with leaders over tea and then joined the opening church service, which began about 10:00 a.m. After the congregation sang, Deb taught the children and Chris spoke to all the adults. When Chris finished, the morning service began without a break. The congregation enjoyed hearing songs by the church’s choir, a soloist, a visiting choir, and an invited professional gospel singer. Then Chris spoke. Four ladies responded to the gospel invitation. After eating and saying goodbye, the Hindals returned to the hotel about 3:00 p.m.—weary but grateful to God for His blessings.

At 7:00 the next morning, Chris and Deb traveled back to the compound to see the students in their school. About 40 students, the four teachers, and a few members of the board greeted the Hindals. Chris spoke to the students, challenging them to continue in school, and thanked the teachers for their investment in the next generation. Only God knows the impact of early Christian education on these young lives.

Following their visit to the school, the Hindals left about 8:30 a.m. to catch a plane to Malawi.

Next post Church Planting Strategy Already in Place in Malawi