Conflict in the Democratic Republic of the Congo has greatly escalated, resulting in the kidnapping or killing of civilians. 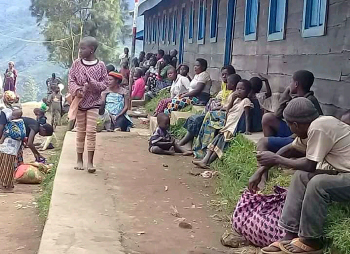 Conflict in the Democratic Republic of the Congo has greatly escalated, resulting in the kidnapping or killing of civilians.

On Feb. 27, suspected Allied Democratic Forces fighters raided two villages. People in those villages (about 854 people) fled their homes and are now living in displacement camps without basic necessities, including food and tarps to build shelters.

In the raids, 20 people were killed and 20 more were kidnapped. Commercial buildings were looted or set on fire. Homes were also set on fire.

Members of a church are among the victims of these wars. The church is part of an association of Baptist churches in Africa, led by Mandela Lutaumbe Lualika.

“We ask for prayer for those people who are suffering from wars,” Mandela says.

To help international partnering ministries like this one provide necessities for their church members and communities, donate to Regular Baptist International’s compassion fund. Mark your gift “compassion fund.”