The population of Rugari in eastern Congo was threatened Jan. 26, making life more difficult for residents. 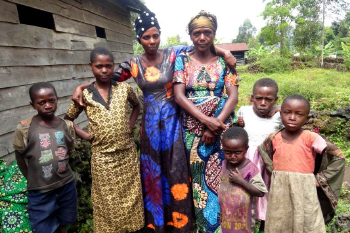 Pastor Ndiho Pascal is president of the Community of Baptist Churches in Central Africa. He shares the following ministry update.

The population of Rugari in eastern Congo was threatened Jan. 26. M23 rebels [a group fighting the Armed Forces of the Democratic Republic of Congo] attacked the army stations in two villages and killed some of them but were defeated and ran back to the forest, the national park.

Seven neighboring villages to the national park were emptied of its communities, who fled for safety to other villages where it is safe.

All activities were paralyzed. School directors and students were sent back home; traffic was stopped by the army. The local government chief said, “The situation is confusing.”

The next morning, people were thinking rebels would come back anytime. So people are leaving their homes, going to distant villages that they think are safe.

Rugari is regularly threatened by the presence of rebels in nearby villages close to the national park. Sometimes the rebels come into homes, kill people, take their belongings, and go back to the forest.

Our church people in Rugari have sent updates on the situation and prayer requests. They need home items (food, medicines, blankets, kitchen tools) and money to pay rent for the house the church uses for worship services, as poverty makes paying rent difficult. We also want to help these church members sustain the church’s ministry by helping 20 families start small income-generating activities like selling like fruit.