Internet Police in China Clamp Down

"China has hired thousands and thousands of internet policemen, or an internet army, to monitor all online activities," says Eddie Wang of Chinese for Christ International. 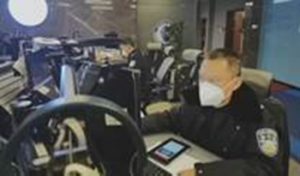 China has hired thousands and thousands of internet police officers, or an internet army, to monitor all online activities. Many Christians have been warned and even forced to cease the WeChat accounts due to religious conversations.

Bitter Winter, a human rights magazine reported, “Churches and their members are prohibited from saying anything negative about the government or spreading information about the pandemic that isn’t government approved. ‘The Public Security Bureau has information on all members of every WeChat group, and network inspections are carried out, especially strictly during the pandemic.’ Persecution has worsened during the pandemic. ‘Encouraged by the government, many factories and public venues have been reopened, but religious venues are still barred. Religious meetings are forbidden, and all channels of religious communication are blocked’” (Bitter Winter, Apr. 7, 2020).

The Chinese government is working on creating a new version of the Chinese Bible in the Communist view. Bitter Winter reported, “At the beginning of 2018, as part of the Sinicization of Religion policy, the Chinese Communist Party (CCP) extended the revised version of the Bible to reflect the core values of socialism” (Bitter Winter, Apr. 10, 2020). Thus, the officials went to different churches to confiscate all religious books and print copies which were not approved by the Chinese government.