The International Partnership of Fundamental Baptist Ministries Council of Eight has voted unanimously to receive the Ntchisi Independent Baptist Association of Malawi, Africa, into the IPFBM fellowship. 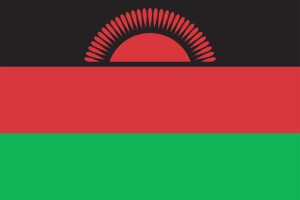 The International Partnership of Fundamental Baptist Ministries is a coalition of 63 independent Baptist church associations spanning 22 countries. The Council of Eight has voted unanimously to receive the Ntchisi Independent Baptist Association of Malawi, Africa, into the IPFBM fellowship.

This African association of 10 churches, led by President Laban Limbanga, sponsors ministries to youth, women, orphans, and widows; restores and plants churches; and leads Ntchisi Bible Training Center for pastors and church leaders. Before 2009, only two Baptist churches existed in the Ntchisi District. Those two pastors established a Bible school, the graduates planted churches, and in 2009 those churches formed an association. Praise God for this association’s stand on the Word of God and commitment to church planting.

Malawi, situated in Southeast Africa, is one of the 10 poorest countries in the world; 55 percent of the population falls below the poverty level of earning one dollar per day. But Malawi is considered one of the safest countries in the world; people are friendly and tourists are always safe and welcome. Colonized by the British in 1889, the country gained its independence in 1964. Of the 11 million people, 44 percent claim Protestant Christianity as their religion, with the second largest group being Muslim.