The International Partnership of Fundamental Baptist Ministries has voted to accept the Northern Baptist Association of Zambia into its partnership. 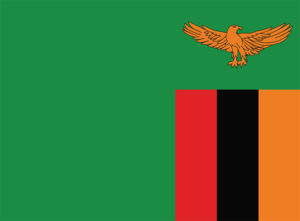 The International Partnership of Fundamental Baptist Ministries has voted to accept the Northern Baptist Association of Zambia into its partnership.

This African association of 500 churches has a rich heritage. Baptist missionaries from England started the association in 1905 and established a mission station among the Lamba-speaking people in the province now called Copperbelt.

After reviewing the application of the Northern Baptist Association of Zambia, including its doctrinal statement, history, and constitution, the IPFBM Council of Eight officially voted to receive this new association into its partnership. The final step is an on-site visit, which Chris Hindal has planned for October.

Praise God for brothers and sisters in Africa who stand firmly upon the Word of God. We welcome them as partners in fulfilling the Great Commission assignment.

Three ministry leaders from Bethany Baptist Church traveled to San Andres, Cuba, a small farming community in the western part of the country, to teach ...more

It’s risky to run on empty—to just keep going with no assurance you will complete another mile. Yet we often do this in our lives ...more

GARBC National Representative Mike Hess had the privilege of speaking at the Growing in Leadership Conference at Impacto Bíblico Iglesia Cristiana Bautista in Santa Marta, ...more

Gracious. This word covers a lot: kindness, courtesy, good taste, tact, compassion. Today churches need to be gracious in every avenue of ...more