Pastor of Philippines Church Home with the Lord

Arleen Fidel, pastor of Manila Baptist Church in the capital of the Philippines since 1991, died March 29. 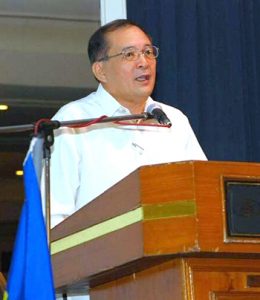 Arleen Fidel, pastor of Manila Baptist Church in the capital of the Philippines since 1991, died March 29 during a hospital stay. He was presumably suffering from COVID-19, but the day after his death, his test came back negative. He was 68.

Greatly loved and highly respected, Pastor Fidel was the board chairman of the Philippines Association of Baptists for World Evangelism, served on the board of Stir Asia, and was president of Baptist Bible Seminary and Institute in the Philippines.

When the General Association of Regular Baptist Churches formed the International Partnership of Fundamental Baptist Ministries in 1999, Pastor Fidel was chosen to serve on the first Council of Eight. He attended the ministry’s first All-Partners Conference in Bangkok, Thailand, in 2009.

He was also a key counselor in the founding of Partners International Ministries. Ariel Abadiano, president of that ministry, states, “Pastor Arleen Fidel was 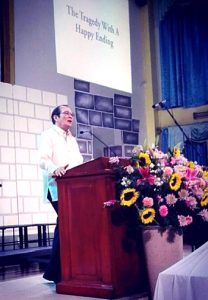 used by the Lord to train and encourage pastors and leaders across the Philippines through various conferences sponsored by Partners International Ministries.”

Pastor Fidel is survived by his wife, Myra, and four adult children. He will be missed by his family, friends, and the church family of Manila Baptist Church.

Previous post Pastor of Philippines Church Home with the Lord