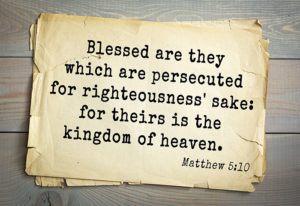 While a team of 12 evangelists were doing outreach work in a village of northeast India, a crowd beat up two of the men. The crowd took the two to the police station, presumably to charge them with proselytizing. The police released the men that evening, and the rest of the team moved to a safer location.

Depending on the source, 75 to 85 percent of all Indians are Hindu. Missionary visas have not been granted in India since 1947. The current government is strongly pro-Hindu and overtly opposes Christianity. The announced goal is to stamp out Christianity and make India a solidly Hindu country. Opposition to Christianity comes in forms like refusing to issue building permits, raising the taxes of Christians and Christian organizations, and ignoring reports that come to the police department of Christians who have been attacked or have suffered persecution. While persecution in India is not unusual, it was formerly restricted to a few states. Now the risk of attack has spread throughout much of the country.

Thank you for your prayers.

“Praying always with all prayer and supplication in the Spirit, being watchful to this end with all perseverance and supplication for all the saints and for me, that utterance may be given to me, that I may open my mouth boldly to make known the mystery of the gospel, for which I am an ambassador in chains; that in it I may speak boldly, as I ought to speak” (Ephesians 6:18–20).

Three ministry leaders from Bethany Baptist Church traveled to San Andres, Cuba, a small farming community in the western part of the country, to teach ...more

It’s risky to run on empty—to just keep going with no assurance you will complete another mile. Yet we often do this in our lives ...more

GARBC National Representative Mike Hess had the privilege of speaking at the Growing in Leadership Conference at Impacto Bíblico Iglesia Cristiana Bautista in Santa Marta, ...more

Gracious. This word covers a lot: kindness, courtesy, good taste, tact, compassion. Today churches need to be gracious in every avenue of ...more