Persecution of Christians in China on the Rise

With Americans concerned about the upcoming elections, Ebola, and the Middle East, the Far East is easily forgotten. Specifically, it is easy not to think about persecuted Christians in Asian nations. 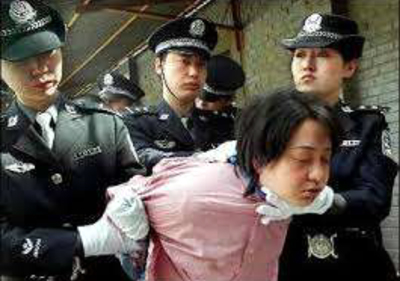 With Americans concerned about the upcoming elections, Ebola, and the Middle East, the Far East is easily forgotten. Specifically, it is easy not to think about persecuted Christians in Asian nations. But for Christian Wei, founder and president of Christian Way Missions, believers and churches in China, India, and Myanmar are never far from his heart or mind.

The Christian Way Missions website explains CFCI’s mission: (1) to evangelize by reaching out to the Chinese community throughout the world; (2) to edify believers; (3) to educate through Christian schools, literature, and radio broadcasting; and (4) to expand by establishing fundamental Bible-believing churches, seminaries, and colleges. Additionally, CFCI’s burden is to support persecuted house churches in China.

Instead of decreasing in recent years, incidents of persecution in China are rising. This persecution comes in many forms: arrests, which rose 12 percent between 2011 and 2012; sentencing to prisons and labor camps, up 125 percent in the same period; limitation or denial of visitation rights to families and lawyers of imprisoned Christians; detention of worshipers; demolition of crosses and buildings; banning personal Bibles; abductions; raids on churches; closure of churches; and, of course, physical abuse.

For details about persecution of believers in China, visit these websites:

China has about 1 million Christians, who comprise only 7.4 percent of the population. Yet, declares The Washington Free Beacon, “Chinese authorities are ramping up their persecution of Christian churches in response to what they perceive as an emerging threat to the communist regime, according to reports.” The government is not always blatant in its persecution. Bob Fu, founder and president of China Aid, points out that Chinese governments have used local companies to harass, interfere with, and ban church services through tactics such as terminating rental agreements and cutting off electricity or water. He believes the central government plans to eradicate house churches.

With this rising persecution in mind, Dr. Wei reminds American Christians to “remember the prisoners as if chained with them—those who are mistreated—since you yourselves are in the body also” (Hebrews 13:3).

Churches or schools wishing to contact Dr. Wei can e-mail him or write to him at Christian Way Missions, P.O. Box 488, Monroe, VA 24574.

Next post Persecution of Christians in China on the Rise