Productive Month of Ministry for Association in India

"By the grace of God and your prayers, the month of January has been quite a busy time," says David Chhetri of Manipur, India. 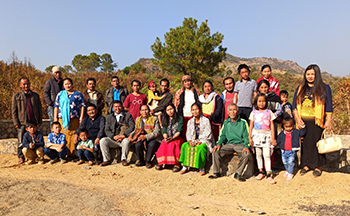 David Chhetri is executive secretary of the Fundamental Baptist Churches Fellowship of Manipur. He sends the following ministry update.

By the grace of God and your prayers, the month of January has been quite a busy time.

During the first week, with our orphanage kids’ Sunday School offering, 150 kilograms (330 pounds) of rice was freely distributed to poor and hungry children in Myanmar.

On Jan. 6 my wife, Rita, and I attended the funeral service of the late Mrs. Lali Shankar, who was the wife of the late Rev. James, the first missionary of the Nepali community. During the second and third weeks, I completed the fourth semester of my DMin class.

Next post Productive Month of Ministry for Association in India