Volcano Leaves People in Congo without Homes and Food

"I and my family we are safe," says Bertin Mwema, president of the Community of Evangelical Baptist Churches of Congo, after a volcano erupted in Goma May 22. 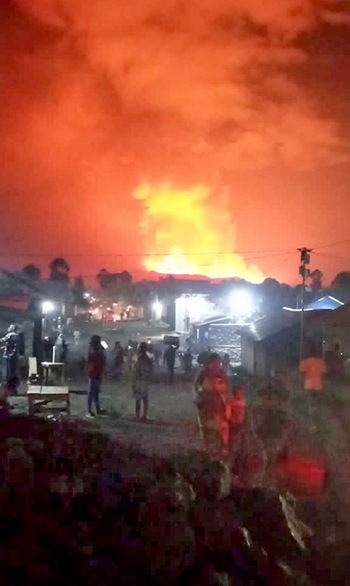 “I and my family we are safe,” says Pastor Bertin Mwema, president of the Community of Evangelical Baptist Churches of Congo, after a volcano erupted in Goma May 22.

Being told to evacuate, he and others in his area fled their homes, leaving belongings behind. The fortunate few owned trucks in which to pile their possessions. But after the residents left, the looters arrived.

Many residents later returned to their homes to find that their food and other necessities, including clothing, had been stolen. Others returned to find rubble or smoldering lava rocks, discovering that the volcano had destroyed their homes.

Bertin’s home was spared damage, but some of his belongings were stolen. Members of his church, as well, are now without food.

Even before the volcano erupted, food was scarce because of the pandemic. But with food stores also having been looted, “starvation is now a big problem at this time,” Bertin says.

Those whose homes were spared damage are unable to inhabit them, since earthquakes are now occurring in the wake of the eruption. The earthquakes—more than 200 have occurred—have destroyed buildings, cracked roads, and brought down trees.

People are under orders to “stay outside day and night,” Bertin says. 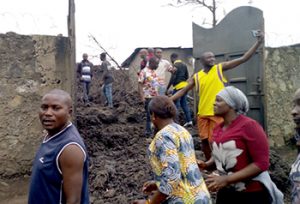 “During this hard situation Goma town is going through,” Bertin says, “it was good to share the love of Jesus Christ.”

He requests emergency financial assistance from Regular Baptist International so he can help his “church members who have nothing at this time.”

Next post Volcano Leaves People in Congo without Homes and Food