“We Are Refugees,” Says Congo Pastor

Members of Pastor Moboko Fidele's church in Goma, Congo, are staying in schools and churches in Sake. 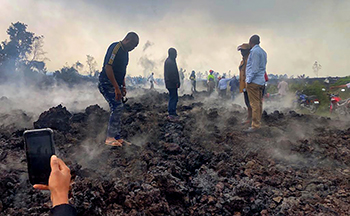 Members of Pastor Moboko Fidele’s church in Goma, Congo, are staying in schools and churches in Sake after a volcano erupted May 22 in Goma. “Some of these people lost their homes and goods as the volcano lava destroyed and burnt everything on its way,” Fidele says.

Living conditions in the churches and schools “are very bad,” and the need for food is great, Fidele says. “These people are in deep sufferings in the hosting places.”

Members of Fidele’s church are now caring for children who became separated from their parents during the evacuations. “We couldn’t reject them,” Fidele says.

He and his wife, who have nine children, take care of more than one hundred orphans at Lisa Center Orphanage in Goma. After being evacuated, the orphans have returned to the orphanage, but two of the children, who ran away in fear when the volcano erupted, are still missing. “We believe with God’s assistance we will get them,” Fidele says.

Feeding the orphans will be even more difficult than before, as “food prices in the markets have increased due to volcano eruption,” Fidele says. 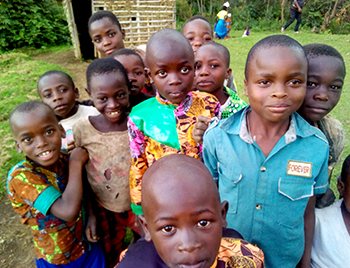 Families from the Evangelical Baptist Mission of Congo are welcomed at a church in Sake after fleeing Goma.

Members of a church affiliated with the Evangelical Baptist Mission of Congo are also taking refuge in Sake, at one of the association’s churches.

“We are refugees,” says Pastor Baluki Thawabo, president of the Evangelical Baptist Mission of Congo.

He and his church members are now having difficulty finding and buying food, as well as finding “where to sleep and what to sleep on,” he says.

He calls upon “whoever [is] touched and compassionate towards these vulnerable human beings” to give with “heart giving.”