With a desire to serve the Lord and teach God’s Word to children, Chinese nationals are in the middle of translating Regular Baptist Press's Kids4Truth Clubs curriculum into the Mandarin language. 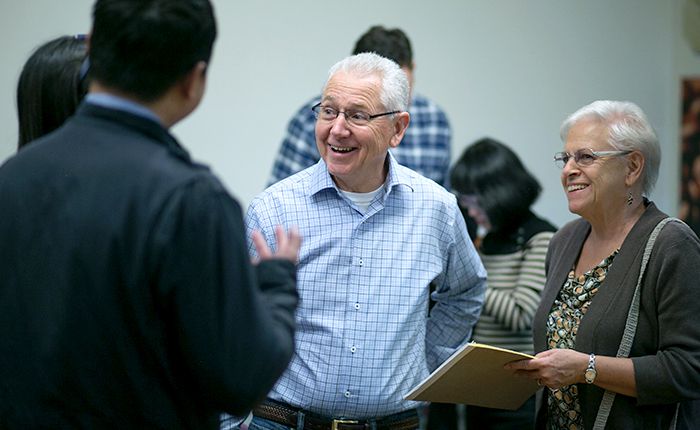 Chris Hindal, director of Regular Baptist International, and Bob Roberts, Kids4Truth Clubs founder, met with eight of the 32 Chinese translators in Shanghai on Thursday. They have full-time jobs as educators and business professionals and all but one are first-generation Christians.

The purpose of the meeting was to get acquainted, to hear their passion for the work, and to assess the progress of the translation.

One translator, a product development manager for a major international retailer, says she joined the translation team to serve her church, but she also saw the need to expose children in China to God’s Word. She explains, “In the U.S., the children have Sunday School and they know about the gospel from an early age. But Chinese children have never heard the gospel unless their parents share Christ. It’s very important to let kids know the gospel from a young age.”

Since the Chinese government does not allow freedom of worship and since it strictly controls the education of children, the translators are risking arrest by being involved in the project. Still, their love for the Lord motivates them to expend their energy in a tedious task that they might further the gospel.

The translation coordinator, a man who works as a science article translator, became involved because he saw a need and felt the Lord had given him the ability to contribute. “Everything I have—time, skill, resources—belongs to the Lord,” he says.

The project leader, Steve, told the translation coordinator that this project is important because mainland China lacks Christian textbooks for children. Challenging the coordinator, Steve said, “This is an opportunity to serve the Lord you love. It will fill the gap of this spiritual need. It just makes eternal sense.”

Several translators mentioned work schedules, fatigue, and their newness in Christ as being prayer requests related to their translation work. One translator named Michael says, “I find that I have several options of Chinese expressions in English, and I am struggling with the choice. So I need wisdom to make the good choices, because this is for the next generation. I want to choose the best words for this translation.” 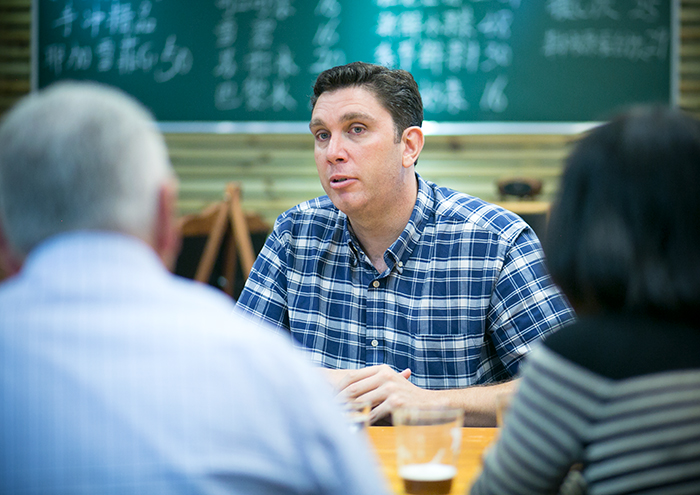 In Shanghai, Bob Roberts talks with translators of Kids4Truth Clubs, which he founded.

Before Bob Roberts closed the meeting in prayer, he thanked the translators profusely for their sacrifice and service for the Lord. He reminded them of the children their work will someday instruct. Through tears he added, “Thank you so much for your involvement in this project. If I could see this project move forward in China, I would die a very happy man. My life would be very well spent. God uses His truth to bring people to him. It is very humbling to be with you.”

The lead translator said he expects the Mandarin version to be completed by early 2019. A Cantonese translation is also planned for believers in Hong Kong. In mid-November, Chris Hindal and Bob Roberts will meet with a group of pastors in Hong Kong who are advisors and will be users of the translation once it is converted to Cantonese.

Chris Hindal added his appreciation, saying, “I am so humbled to be here and grateful for each one of you and for your passion to see God’s truth spread. Thank you from the bottom of my heart.”

During a visit with pastors, publishers, and bookstore managers last year in Hong Kong, Chris said the men expressed excitement at the possibility of an English-Chinese parallel version of Kids4Truth Clubs. “They looked over various samples of RBP materials. When they saw the Kids4Truth curriculum, they got excited,” Chris says. “They said, ‘We don’t have anything like this! If it could be put in a parallel format, we think it could be used in churches and even private schools.’”

God’s heart beats for the Chinese people, and in His providence this venture could be used by Him to impact the next generation with truth.

"I still firmly believe that the mission and ministry of Regular Baptist Press is vital, and I am praying for God’s sustaining and empowering work ...more

VBS 2023: Welcome to the World of Dinosaurs

Online Meetings Share Mission and Purpose of the GARBC

Online meetings with GARBC administrative leaders are helping pastors better understand the purpose and ministry of the ...more