Songbooks and Tracts for Togo 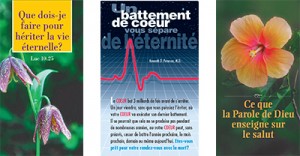 Congregations in Togo often worship in three languages. French is the official language of Togo, but people prefer to express their praise to God in their heart language. Consequently, the leader may start the singing in French, but as the last word is sung, another group in the congregation will begin the same song in Kabye, and when they are finished, a third group will sing the song in Ewe.

Several years ago, Gospel Literature Services funded the publication of a parallel version of a songbook in all three languages. Copies of this unique songbook are worn out, and new congregations don’t have access to it. The Togo Literature Division of the Association of Baptists for World Evangelism has set aside money for a reprint and, working with GLS, sent the book to a publisher to print another 10,000 copies. The reprint underscores the value of this project.

Coinciding with the songbook project, GLS, which underwrites the cost of printing tracts in various languages, is printing 45,000 each of three tracts in French: What God’s Word Teaches about Salvation, What Shall I Do to Inherit Eternal Life?, and One Heartbeat from Eternity. (See all tracts by Regular Baptist Press.)

The printed word continues to impact the peoples of the world. Praise God for the opportunity to invest in the global harvest.

Posted in RBP International on September 28, 2015.

The city council of West Lafayette has proposed an ordinance that some say is an attack on Biblical counseling, parents' rights, and religious ...more

Church ministry leadership is usually generational. Churches that have been growing and visionary often have had a group of pastoral and lay leaders of a ...more