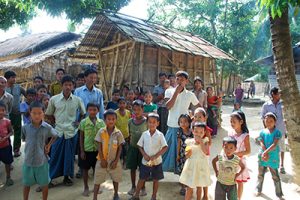 Faith Baptist Church in Waynesburg, Pennsylvania, graduated to self-supporting status in the 1980s under the leadership of Pastor Paul Roofner, a missionary pastor with the Fellowship of Baptists for Home Missions. Happily, Paul and his wife, Grace, continued to serve the Lord at Faith Baptist Church and have now completed 30 years ministering there.

Though the congregation has never been large, Faith Baptist Church has been used mightily of the Lord to support global missions. Before recently speaking there, Chris Hindal, director of Regular Baptist International, had been studying forgiveness, and on the flight to Pittsburgh, he felt nudged of the Lord to preach on that subject. “I had never preached this message before,” Hindal says, “but it seemed apparent that that’s what God wanted me to do. One comment after the service confirmed God’s leading. The man said to me that ‘God did some things in people today more than you’ll ever know.'” Praise the Lord.

Regular Baptist International has also made a significant impact on Faith Baptist Church. When students attended Vacation Bible School at the church in 2014, they participated in the program’s “Operation Bangladesh” missions project. The project spurred the students’ interest in helping children who live in the Hill Tracts of Bangladesh. Along with other churches across the nation, the students at Faith Baptist Church donated money to improve the living facilities for 150 children who attend and live at a school in the Hill Tracts.

Meanwhile, Grace Roofner, who had grown up in Bangladesh, spoke to her brother Vern about the “Operation Bangladesh” project. He said he yearned to make a difference and to extend the work of his and Grace’s parents from years ago. Vern started a ministry called Children of the Hills. This ministry has raised thousands of dollars to meet the 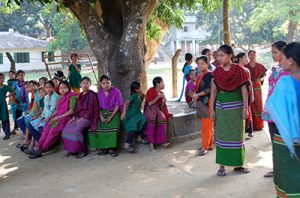 spiritual, educational, and subsistence needs of the tribal people. Vern is also helping the families start agricultural businesses so they can support themselves. Such an endeavor is truly in tune with Regular Baptist International’s ministry premise that partnerships make a difference.