Chris Hindal ministered for three days in the Chin State of Myanmar, which had previously been closed to foreigners. 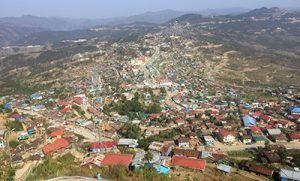 The town of Hakha, situated at 6,200 feet above sea level, lies in the valley of the Chin Hills in western Myanmar. The Chin State is somewhat unique in this Buddhist land, as it is considered a Christian state. Several large Baptist churches in this town of 40,000 residents contribute to the Christian designation. In the early 1800s, Adoniram Judson brought the gospel to this land, then known as Burma. Unfortunately, liberalism crept into the churches in 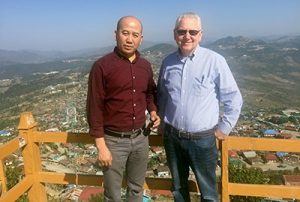 Myanmar, as it did across Europe and the United States. The largest Baptist churches in Hakha no longer proclaim the gospel.

I visited Hakha for the first time in April. Though I had previously met many of the church leaders, I had met them in border cities outside their state, as their state had been closed to foreigners. The government has relaxed those restrictions, so I was able to visit Hakha and 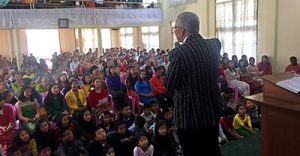 Hoi Cung Tum, former pastor and founder of the church, translated during the services while I preached on Friday night, Saturday night, and Sunday morning and evening. Paul, the current pastor, graciously opened his pulpit to provide me this opportunity. To the glory of God, over the course of the 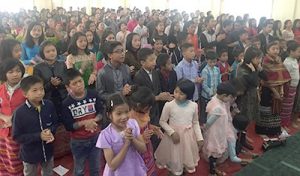 four services, 20 people stood to profess faith in Jesus as their Savior. Ten of them stayed afterward for counsel and prayer. The gospel is the power of God unto salvation to everyone who believes (Romans 1:16).

Grace Baptist Church also includes a Bible school for training pastors, a Christian day school (grades 1–8), and an orphanage. Hoi Cung Tum represents the Chin Baptist Convention International, a partner in the International Partnership of Fundamental Baptist Ministries, and preaches to Chin immigrants in many countries.