The Hindals arrived on Friday, Oct. 25, in Laoag, the 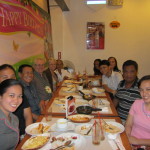 farthest northern province of Luzon, Philippines. They were warmly welcomed by a small contingency of church members at the airport. The occasion for the Hindals’ visit was two anniversary celebrations. On Saturday, Chris spoke for the 11th anniversary of a 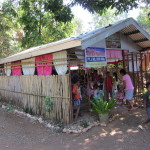 mission work of the Ilocono tribal people. Meeting in a small temporary shelter with a tin roof, the Hindals 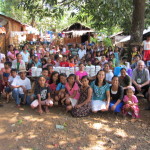 enjoyed the warm fellowship of God’s people. Everyone was fed rice following the service. 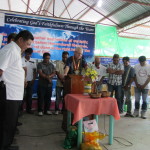 service, presumably all unsaved. At the close of the service, each one was allowed to introduce himself and tell what office he was seeking election. Chris said, “It was a great opportunity to present the gospel to these city leaders.”