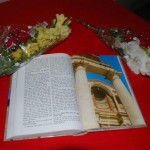 In 1986 Gospel Literature Services, under the direction of Dr. Mark Jackson, adopted the printing of the first edition of Unger’s Bible Handbook. After the arduous work of translation, a donor contributed $25,000 for printing and shipping, and the new book arrived in Bangladesh in 2002. Most of the books were distributed to the pastors for free, and the supply was depleted in a matter of months.

Not long after Chris Hindal became the director of GLS in 2006, he became aware of the need to print a second edition. The project was not without complications, as the original 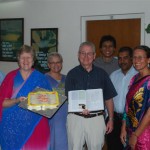 printer had been bought out by another company. For many months it was believed that the original plates no longer existed. At last, in the sovereignty of God, the second edition was printed and dedicated in Chittagong, Bangladesh, on Nov. 15. (Read “GLS Funds 2nd Printing of Unger’s Bible Handbook in Bengali.”)

Chris and Deb Hindal were present for the dedication. Several people spoke of the history of the project, and Chris challenged the group with the thought of the potential harvest. Chris was asked to ceremonially open the first copy to the applause and praise to God. To end the celebration, everyone enjoyed a special cake in the 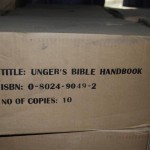 form of a book with tea.