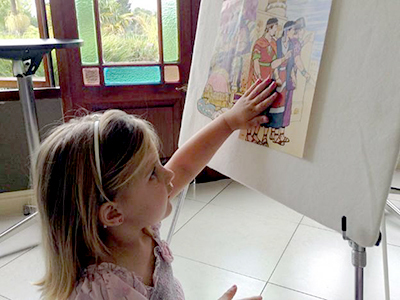 Gospel Literature Services frequently sends Regular Baptist Press resources to ministries in need around the world. GLS says its primary focus “is on Sunday School and Vacation Bible School material to missionaries who are starting new churches around the world until the churches are able to secure their own.” One recent recipient was Agape Baptist Church in George, South Africa.

“We really appreciate each shipment of Sunday School material sent our way,” says Julie McFadden on behalf of the church. Agape Baptist Church began in March 2009 under the leadership of church planters with the Association of Baptists for World Evangelism. Since then, Agape Baptist Church has reached children age 2 to grade six whose families speak one of three languages.

“At present, we are using the Pre-Primary material from RBP, but there is always the potential for children from other age groups,” Julie says. “Church planters learn early on how to be flexible!” 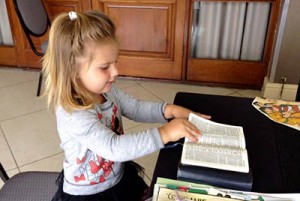