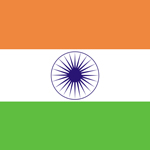 Shalom Academy is a ministry of the Fundamental Baptist Fellowship of Manipur, India, and educates students up to 10th grade. Chong Singsit and his sister, Phalkho, started the school in 1984, fulfilling the vision of their late father to teach the tribal people how to read so they could understand God’s Word and be saved.

Shalom Academy resumed classes Sept. 14 after being forced to shut down for over a month due to the political unrest that closed down the entire region. The area affected by the general strike called for by the people living in Sadar Hills District (where Shalom Academy is located) demanded that the government accord Sadar Hills a full-fledged district, something that has been pending for 30 years. The government, however, continues to turn a deaf ear to their demands. The government’s lack of interest led to violent responses by the strikers, resulting in three deaths and the destruction of several vehicles and buildings.

People have urgently prayed, and God intervened. The general strike was called off, allowing students to return to their respective classrooms. However, the economic blockage continues, rendering human misery without political solutions. The immediate and long-term effect on the students missing class for over a month will be detrimental, but we are thankful that classes have resumed and that a sense of normalcy can return for our students.

Thank you for your support and faithfulness.