The Bibles International India Society celebrated 25 years of ministry with a Silver Jubilee. More than 300 people from northeast India churches attended the celebration. 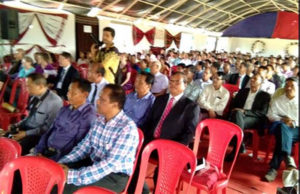 Dr. Nabin C. Singha is president of the Fellowship of Baptist Churches in Assam, India. He sends the following letter. 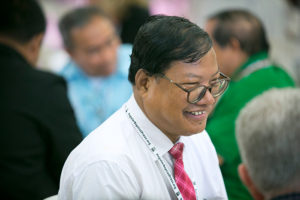 On Sept. 16, tribal Gondi villagers in Simdega District, Jharkhand State, attacked six Christians. Officers at the local police station refused to listen to the victims and hit two young men among them, 25-year-old Sajan Majhi and 20-year0old Kalender Majhi. “The police hit Sajan Majhi and Kalender Majhi repeatedly,” said one of those arrested, 35-year-old Dasrath Karketta. “They didn’t give us a chance to speak. If they inquired of us, we could have explained what happened exactly, but they didn’t; instead, they scarred the face of Kalender Majhi. He bled also.” Officers jailed the Christians and charged them with “promoting enmity between classes” and insulting religion. They spent a month in jail before being released on bail.

After a successful first-ever virtual GARBC Annual Conference, broadcast live from Bethel Church in Crown Point, Indiana, June 29–30, one of the messages has received ...more